It should not have been this urgent for Zimbabweans to re-examine their thinking of what ‘local government’ is. But given the recent spate of recalls of elected Harare and other city/town councilors at the behest of the evident factionalism in the mainstream opposition MDC-T and MDC Alliance parties, it can rationally be considered necessary.

Even if, as we are now wont to expect, there will be a myriad of court cases going all the way to the Constitutional Court, on the legality of the recalls.  Or if the ruling Zanu Pf party, decides in its political opportunism wisdom, to effect its central government powers, in the interim,  to attempt to run specific local governments’ directly via appointed commissions.  Especially the capital city of Harare.

What remains apparent is that in the immediate, local government in Zimbabwe is facing severe challenges of democratic relevance or legitimacy as a direct result of recent recall political developments.

The fact that we may prioritise the presidency over the member of Parliament and the latter over a Councillor may be understandable in relation to what we can consider ‘power dynamics’ of the title of an office that one would electorally hold.

In this brief write up I would like to focus on local government and its political meaning for those that would hold office therein.  While at the same time taking into account the fact that most cities and town councils, the opposition MDCs (in their varied factional formations) have had a hold on them for a significant amount of time. And also that the riling Zanu Pf party has generally been the one with the final say as to whether these opposition run councils are allowed to operate independently and with limited central government interference.

In this, there would be many ‘moot’ points if it was all just political or politicized contestations of power.  Except for the fact that dating back to the settler state of Rhodesia to present, local authorities do yield a lot of power over the lives of ordinary people.  They are quite literally authorities that hold sway over both public and private financial capital investments in society.  At a local level.  From your local clinic through to your local school, football stadium, public toilet and bustops, these are important power brokers over the urban and rural livelihoods of many Zimbabweans.

The main reason why these local level leadership positions are treated with a general disdain/casualness is because they are considered low-rung levels of leadership.  Yet they have a direct and immediate impact on the lives of many of us.  This being a direct result of a political culture of assuming that power and or leadership is always ably demonstrated at the highest executive levels (presidency) and not where it directly interfaces with the people, i.e local government/ councilors.

So when we track back to the decision by one faction of the mainstream MDC to fire 11 Harare City councilors after an in-council mayoral election contest we need to take a step back and look at the bigger picture.

Not only to their factional motivations but also their evident misunderstanding of the democratic importance of leadership at a local government level.

This would include the fact of the central government’s responsible minister in charge of local government, July Moyo’s, legal acquiescence to the same wherein he obviously knows that he has basically agreed to causing a crisis of legitimacy for the still remaining Harare city council leaders.

With the likelihood of this immediately benefiting the ruling Zanu Pf party, causing further divisions within the mainstream MDC factions but more importantly demonstrating a tragic nonchalance of the importance of organic democracy at local government level in Zimbabwe.  Either side of the political divide(s).

What comes into vogue is the fact that we need to respect the democratic process at every level of leadership in our society.  It does not really help us if we can casually get rid of elected leaders at local government levels when we cannot do the same at national/central government levels.  Or even if we can recall members of Parliament, the ease with which we do so becomes arbitrary and not based on the actual public interest performance of these initially directly elected leaders.

Where the ruling establishment has been touting devolution as key to our national development programmes, it is ironic that there would be no assumptions of an accompanying democratic culture to the same.  Indeed there may be local government leaders caught on the wrong side of the law (corruption etc).  Or others considered to have arrived at leadership without the necessary expertise.  The key point however remains that those that voted for them, even at that lower level tier of government, matter.  Not only in relation to their votes but more importantly to their expectations.

What is apparent is that we need to re-think our local government governance and accountability systems much more organically and with the people directly affected by the same in mind.  This may include the democratic possibility that we may need to separate local and national elections once again. But as always, we may not think beyond the immediate and harass the political partisanship out of local perceptions of what progressive, democratic leadership should be. 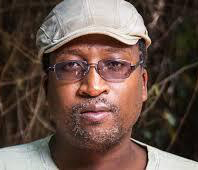 Takura Zhangazha is a blogger. He writes in his personal capacity on takura-zhangazha.blogspot.com