In 2001, at the age of 22 – when I thought my life had just begun – I was diagnosed with HIV. At that time, the diagnosis felt like a death sentence. Every day, I waited for my hour to die.

However, after two months of waiting, death didn’t come.

Instead, a comrade arrived and took me to the offices of the Treatment Action Campaign (TAC) – a South African group fighting for access to HIV treatment for all. There, I met other people living with HIV for the first time. And there, I learned my first lesson about epidemics: for people living in poverty to access the services they need to defeat diseases, it will always involve a fight.

This year, we mark 40 years since the first cases of HIV were reported. We have made extraordinary progress in that time. Twenty years ago, when I first learned of my HIV status, science had already gifted humanity with drugs to treat the virus. However, South Africans like myself, and many other people living in poverty, continued to die in their millions. The highly effective antiretroviral therapy cost nearly $10,000, well beyond our reach.

To make this therapy accessible to people living in poverty, we needed to fight. TAC introduced me to the fight for social justice. For most of us at TAC, it was the fight for our lives, because friends and family members were dying from the disease. At the time, the leadership of South Africa was rejecting the science of antiretroviral treatment and letting people die.

TAC and other advocates around the world poured into the streets. We recited our wishes and the wishes of millions of others who were dying. We called out governments for neglect and pharmaceutical companies for putting profits before people. We demanded measures that would ensure access to treatment for all. We demanded equity.Eradicating polio is finally within reach. Why is the UK taking its foot off the pedal?Anne Wafula StrikeRead more

We called for a people’s fund that would strive to see that everyone, regardless of class, creed or colour, could access the treatment they needed to stay alive. The idea of a global mechanism to support people living in poverty to access treatment seemed unthinkable. Some people even doubted whether people living in poverty in Africa had sufficient literacy to adhere to treatment. But we marched on. That push led to political action and the creation of the Global Fund to Fight Aids, Tuberculosis and Malaria – a people’s fund with a governance structure that would involve civil society, communities and people affected by diseases.

Its impact was immediate. In South Africa, as in many other countries around the world, Global Fund investments catalysed efforts to treat all people by supporting early initiatives for treatment and building the necessary infrastructure. In 2004, I was one of many people who began to access lifesaving treatment.

The impact of the Global Fund partnership, which celebrates its 20th anniversary this year, has been gamechanging. Twenty years later and with 38 million lives saved, the partnership continues to deliver on its mandate.

This story was taken from The Guardian. You can read the original here 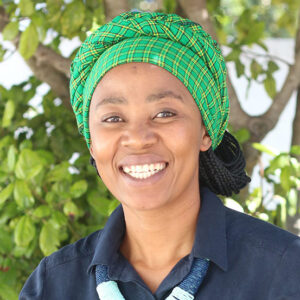 Vuyiseka Dubula is an HIV/Aids activist and director of the Africa Centre for HIV/Aids Management at Stellenbosch University in South Africa.