A great many African countries had shown steady economic growth in the decade prior to the onset of the COVID-19 pandemic. But all have failed to adequately create opportunities for the young people in their countries. With growing youth populations, creating paths for education and employment is a make or break issue for the continent.

But there’s also good news. Many young people are getting access to secondary education and an increasing number also university education. An increasing share of youth in Africa are university students, 9% in 2018.

In today’s knowledge economy, university students carry a key role in development. They are therefore an important group to study and understand better.

In Ghana, a country of 31 million inhabitants, 57% of the population is under 25. In 2019, 17% were enrolled in university compared to only 9% 10 years earlier. But local scholarship opportunities are few and increasingly individuals carry the costs of tuition. Nearly a third of 15-29-year-olds are not in education, employment or training.

Exactly how many Ghanaians emigrate each year is not known. But United Nations data on Ghanaians abroad (excluding those who have naturalised) suggest about 970,000 live abroad. Historically many have been highly educated.

To understand the aspirations of this generation of Ghanaian students I conducted a study on their migration aspirations and mobility. I surveyed 467 university students in the country.

My study showed that the vast majority intended to go abroad for at least one year, and most also expressed a wish to study abroad. But a majority also said that they wanted to return home.

This is an important insight. The young Ghanaians I studied expressed a preference to live in their home country. The students made it clear that they were not “opting out” by migrating, but rather making deliberate plans to be able to contribute and build at home.

This doesn’t detract from the fact that there are high levels of frustration at the lack of opportunity and access to basic amenities in the country. This is clear from the current protests being conducted under the banner #FixTheCountry. Most of the conveners of the protests are recent graduates, or are still at university.

Many young people across the continent with higher education degrees are more likely to consider migration than the adult population as a whole. Ghana is typical of many African countries on this front. Its number of internationally mobile students is the closest to the African average of 5.8%.

Since 1992, Ghana has often been cited as beacon of hope for democracy in Africa and Ghanaians have seen a steady improvement of their living standards, including access to education. But these developments have not impressed young people who struggle with high levels of unemployment, weak representation in politics, as well as underemployment in non-secure, informal jobs. To some extent, this is also true of graduates.

This frustration has reached new heights. Earlier this year young people took to social media under the hashtag #FixTheCountry. More recently they have taken to the streets. The street protests were sparked by the death of an activist, Ibrahim “Macho Kaaka” Muhammad, who was murdered on 28 June 2021. He was a vocal critic of the local government in his community. Three suspects are currently in custody.

To control the protests the military was called in. Two people were killed and scores of young people were injured. #FixTheCountry organiser Kaly Jay tweeted that:

Ghanaians have lost hope in the health system, education system, security system and more. Our roads and other facilities are in deplorable states. High cost of living and a high level of unemployment. But I can’t shout #FixTheCountry because my life might be in danger.

The views of students

Nearly all the students in the survey – 98% – said they would want to return to Ghana, with 29% saying they wanted to return within three years, 46% within six years and around 27% wanted to divide their time between Ghana and abroad.

The high level of return by highly educated Ghanaian migrants is corroborated in other studies.

My study also showed that migration was not an option for some students. One in 12 students (8%) said they were not interested in migrating at all. Reservations about migration included costs such as tuition fees (53%) and racism in the destination country (16%). One in four said “patriotism” was a reason to stay.

Aside from asking the students about their migration aspirations, I also asked what steps they had taken towards migration. A quarter said they had not discussed migration with anyone since starting university and about half had not taken any practical steps such as acquiring a passport or applying for a visa.

Increasingly difficult migration regulations also reduced migration. Only 2% of the studied population had a valid visa and 6% said their applications had been denied. Countries students had applied to were the US, the UK, Canada, Europe (Schengen), Saudi Arabia and South Africa.

The findings of my study showed Ghanaian students who aspired to migrate also aspired to return. Young people in Ghana crave better opportunities at home including university and graduate school with scholarship opportunities, and decent work in growth sectors like agro processing and tourism.

While the authorities consider their next move on the #FixTheCountry protest they should take note of the fact that university students are not “opting out” by migrating. Rather they are making deliberate plans to be able to contribute and build at home. Taking note of the aspirations of university students, including their wish to stay or return swiftly, is a good start at fixing the country. 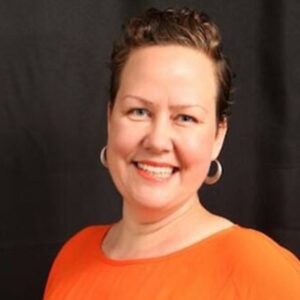