There are an estimated 170 million shipping containers across the globe transporting 90% of the world’s goods.

Quarantines, lockdowns, labour shortages, port congestion, and other global supply chain bottlenecks have sent shipping rates soaring. US, China, Europe, Africa, LATAM, rates are up 6-fold in the past year. It’s like a Sotheby auction where bidding rates can go up to $25,000 per container.

Freight rates from Shanghai to Rotterdam has leapt by close to 600% compared to last year. LA to Shanghai up by over 200%. Transit time from Asia has increased from 30 days on average to West Africa to close to 90 days or more. The chances of vessels arriving on time are about 40%, when it was 80% this time in 2020.

Carriers have cut capacity on major routes, and container shortages caused by backups escalated the problem. The backlog at ports has a ripple effect on jammed warehouses, long stretches of trucks leading to the ports, and rail capacity.

Truck driver shortages in the United States and Europe have only exacerbated supply disruptions.

Air terminals are equally under pressure, receiving increasingly large amounts of freight as companies try to find alternative methods to transport their goods. Shanghai Pudong and Nanjing airports were choked when the Chinese government tried to contain the new outbreak of covid-19 in these cities.

Importers on the other hand who can’t afford to pay these exorbitant freight rates are cancelling orders leaving producers to scramble to find new buyers or liquidate at a loss.

It’s either one pays the exorbitant prices or leave the market. The crisis is eating into companies’ profits on all fronts, no one is spared.

Supply chains are challenged by Covid-19 induced port closures, such as Los Angeles, more recently NingBo in China – the world’s 3rd busiest port, leaving 50 over vessels stuck at port unable to load or sail. The Even Given shutting down of the Suez Canal continued to have cascading effects on container turn over 2 months after the vessel was cleared.

Hsieh Huey-chuan, president of Taiwan-based Evergreen Marine Corp., the world’s seventh-biggest container liner, at an investor briefing on Aug. 20, 2021 stated. “If the pandemic can’t be successfully contained, port congestion might turn into a brand new regular.”

Shortage of vessels, containers and raw materials among others lead to higher input cost for manufacturing and construction along with delays due to material shortage. A 4-week manufacturing lead time is easily now stretched to 6 to 9 weeks.

Andrew Rees, the chief executive of footwear company Crocs, says that transit times from Asia to most of the company’s leading markets are approximately double what they were historically. “That’s been the case for some time, and we’re expecting [to] live with that,”

Labour too is in short supply. Many Asian countries, such as Singapore, Malaysia, and Indonesia among others rely on migrant labours for farming, harvesting, production and construction. With lockdowns and long quarantine periods these countries are facing a severe shortage of labour, thus increasing the cost of existing labour up to 50% than pre-pandemic times. Because of the labour crunch; production, constructions and projects are taking twice longer to be completed, longer if companies are faced with cash flow issues, worst yet declare bankruptcy.

Producers have no other alternative but to elevate costs to mirror the elevated prices.

The only thing that seems certain these days is raising costs. Last year, the world faced a shortage of toilet paper, at least the fear of it, but this year its’ everything.

Companies are losing sales as they don’t have goods.

Factories are shutting down because they don’t have raw materials.

“Everywhere You Look, The Global Supply Chain is a Mess”

Pent up demand is outstripping supply. Even with unprecedented high rates, the appetite for cargo transport has increased across the board.

The direct impact of higher shipping cost along with the inability to restock inventories has led to importers hiking the price of goods, raising worries of an inflationary spiral.

Ultimately, it’s the consumers who pay the price.

On the flip side it’s a healthy bottom line for ship owners & operators. The top 10 liners with their alliances control 85% of container capacity. Maersk & other liners posted their best 1st quarter numbers ever. Drewry’s Container forecaster predicts carriers will report an EBIT US$100 billion in 2021. Are they exploiting the market or just capitalising on an opportunity?

“We currently expect the market situation only to ease in the first quarter of 2022 at the earliest,” Hapag-Lloyd chief executive Rolf Habben Jansen.  The company’s EBIT rose to roughly USD 1.5 billion (approximately EUR 1.3 billion) for first half 2021.

From steel and copper to corn, soya and timber, commodities started 2021 with a bang, surging to levels not seen for years, each record price breaking the previous. As supply chain congestion continues and consumption trends elevated there’s little to suggest that freight rates will soften anytime soon or prices for consumer goods, food stuff, electronics, etc to fall.

The shipping crisis is an example of fragility of globalisation, it’s susceptibility to environmental changes and market fluctuations. 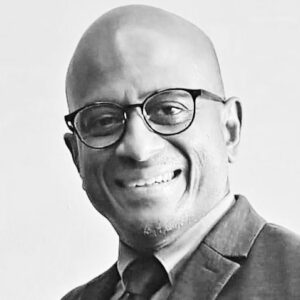 Shaun Jayaratnam is an alum of Stanford Graduate School of Business with over 25 years of sales, business development and operations management experience across various industries in Russia, East Europe, Africa and APAC.