THE Glasgow COP26 summit in Scotland, United Kingdom, painted a grim picture about the environment and imminent dangers of climate change. However, besides Africa and the third world carrying the can, the biggest polluters need another 30 to 40 years to reduce pollution to net-zero.

COP26 was discussion about reducing and ultimately substituting hydro-carbon sources of energy such as coal and oil. These energy sources have been affecting the ozone layer and the earth average temperatures have been going up. The effect is generally referred to as global warming. Global warming on the other hand causes droughts, flooding, heat waves and rise in typhoons and cyclones.

The other major issue under discussion at COP26 was deforestation. Uncontrolled logging of tropical forests are contributing to desertification, erratic rains and increasing temperatures. The Glasgow made some headway to resolve the deforestation issue. It agreed that the deforestation would cease by 2030.

It is interesting that the summit was held in Scotland, a country in the north which mostly is the destination for the timber from the south. The developed world has had enough of third world timber and all of a sudden those who have it have to stop harvesting it.

The countries that attended the summit made some commitment towards using green energy, a shift to cleaner fuels that do not emit carbons. Interestingly, G20 countries, the most developed economies that reached that pinnacle on the back of using fossil fuels are leading the calls.

The countries provisionally wanted to have a net-zero on fossil fuels by 2050. However, among the leading countries, India and China were very categorical that they would reach net-zero by 2060 and 2070 respectively.

During the same meeting countries agreed to have phased the use of coal in the 2040s. This is a significant promise but unfortunately, according to CNBC, “China, India and the United States, the three biggest burners of coal worldwide, have not signed up.”

The developed world sweetened the deal to migrating to cleaner energies through carrot and stick approach. They said they would stop financing fossil fuel projects starting end of 2022. In the same vein, they promised financing for cleaner energy such as hydro-electric power stations, solar farms and potentially nuclear energy.

Zimbabwe’s President Emmerson Mnangagwa was there at the summit. He was excited to be there after 25 years of being frozen from the British Isles. In the process to prove he is different from Robert Mugabe, Mnangagwa made commitments that were politically correct but not feasible.

“Notwithstanding that as a country we are ‘a net sink’; I am pleased to highlight that Zimbabwe has revised its nationally determined contributions and committed to a conditional 40% per capita greenhouse emissions reduction target by 2030,” Mnangagwa pledged on behalf of Zimbabwe.

He did not miss the opportunity to speak about the European Union and United States economic sanction imposed on Zimbabwe saying their removal will help the country meet its promise.

“The removal of sanctions imposed on my country, will undoubtedly enhance the timely achievement of our commitments,” he said.

As an afterthought and towards the end of his speech to the summit Mnangagwa timidly reminded the developed world that it had a responsibility to help the poor countries fight climate change through funding.

“Vulnerable countries must therefore be capacitated to mitigate, adapt and build resilience to climate change. The expectation is that major emitters will scale up mitigation action and show greater interest in adaptation,” the president said.

It remains a sticking point that Mnangagwa who was speaking big on climate change is the same leader spearheading the refurbishment and upgrading of Hwange Thermal Power Station using Chinese funding. That it is his same administration that has given more coal concessions to new miners in Hwange.

It is the same Mnangagwa who is pushing for the reopening of Ziscosteel, once the biggest integrated steelworks company in sub-Saharan Africa. This is a sector that needs lots of energy to melt the ore and even for fabrication of the steel. This kind of energy can only be provided cheaply from coal.

Actually, in the past Ziscosteel was one of the biggest clients for coal besides the thermal power stations in the country.

It remains a mystery how Mnangagwa wants to provide energy to tobacco farmers. These farmers rely heavily on firewood and coal for curing the golden leaf. Electricity is only used to power fans and lighting in the grading shades.

It can be safely concluded, Mnangagwa was overwhelmed by the occasion and went out to impress newly found friends. He wanted to show that unlike Mugabe, he fits well into the global thinking and was ready to play his part even if it was detrimental to Zimbabwe.

Even if Zimbabwe wanted to move quickly to cleaner energy, it cannot because it is choking under a huge international debt. It would not qualify for most of the new funding available for green energy.

It remains shocking, why Mnangagwa chose not to side with the ‘big polluters’ on coal – China, India and the US – on continued use of coal beyond 2050.

Coal not going away soon

These ‘polluters’ were clear that coal plays an integral part to their economies in both providing employment for millions and cheaper affordable energy that makes their goods competitive.

Being politically correct is a nice thing. However, it cannot be done at the expense of one’s people or the economy. In any event, Zimbabwe’s contribution to green house emissions is miniscule even if we ramp production tenfold at Hwange.

Zimbabwe can therefore choose a date in the future and use the time to improve its economy while utilising the cheap energy forms. This is a debate and consultation Mnangagwa should have had before he flew to Glasgow. 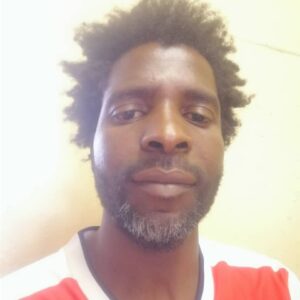 Paidamoyo Muzulu is a Zimbabwean journalist and social justice activist. He can be contacted at [email protected]