It is a common sight within the clustering population of urban Accra to see female-head-porters known in Ghanaian parlance as ‘Kayayie’ carrying heavy loads for a fee to churn out a living in the capital city. The plight of these groups of migrant female-head-porters resonates with Patrick Chabal (2009) postulation that “Africans are both resilient and ingenious in the management of their straitened circumstances”. Essentially, many succeed, even if they do so in ways that remain invisible to the uninitiated observer, he emphasized.

The ‘Kayayie’ are female-head-porters in Ghanaian city centers who cart people’s items at negotiated fees in urban markets, operating within the informal periphery. They are a group of creative, young female enterprising individuals in metropolises making a living out of a menial trade to escape the scourge of urban unemployment. This group of migrant youth contributes to the transportation value chain and sustains their livelihoods by pursuing these arduous tasks. The trade not only strains the physical bodies of ‘Kayayie’ but poses emotional stress to their social wellbeing.

The ‘Kaya’ trade is a known livelihood niche of internal migrant teenage girls and young women from the northern parts of Ghana who migrate to the Southern cities to ply the trade as a survival strategy for livelihood sustenance. They provide an essential transportation function, serving as a link between the wholesalers, retailers, transporters, and the end-users in market centers by carrying items purchased by shoppers, following their hirers from stall to stall, in congested, poorly laid-out, and sometimes muddy urban markets. It highlights the importance of their role in the economic value chain.

The history and gender dynamics

Head porterage was introduced in Ghana by migrants from the Sahelian countries of West Africa, mainly Mali, and was virtually a male domain. They were called “kaya” or “mai kaya”, a Hausa word for ‘load’. During the earlier times, women were traditionally and biologically regarded as weaker vessels of society and were not engaged in this tedious work. But currently, the reverse is the case where the female gender has dominated the head porterage trade. This trend signifies how strength is proven to have little or nothing to do with biology but more with socialization and the determination to perform a function. It also shows the contemporary dominance of female folks in the ‘kaya’ trade in Ghana. The changing dynamics of the ‘Kaya’ trade began after the Aliens Compliance Order (ACO) of 1969 in Ghana when the “kaya” business almost died out as migrants were affected by the expulsion order. This situation led to a redefinition and natural restructuring of this transport function in Ghana and Sub-Saharan Africa. The trade is currently female-dominated and identified with migrant teenage girls and women from the northern regions of the country.

The ‘Kaya’ trade is sustained by causes emerging from climate change, which adversely impact farming, the main occupation of the people of the northern regions of Ghana, besides other social factors, such as forced marriages and social networks. Again, the historic imbalance in the development patterns of the North-South divide which is influenced by governance policies is a contributor to this phenomenon. These factors account for the high poverty rate in the origin communities of the migrant youth, leading to the growing North-South migration patterns, coupled with the low skills and high illiteracy rate among these internal migrants who are compelled to engage in the ‘kaya’ trade in their destination cities in the South. This explains why Accra, as the capital city, is populated by the ‘Kayayie’ at the city centres.

Undoubtedly, the young ‘Kayayie’ as determined individuals imbued with the courage and tenacity to negotiate their social and economic rights in a conservative society is creative. They operate within the cracks of failing economics, maladministration, and societal leadership deficiencies, as they churn out a living in urban Accra. They hardly escape the brunt of Accra as a city with a high cost of living, referred to as the Geneva of West Africa, with its nonfunctional social welfare systems. Gauging the livelihood situation and coping strategies of ‘Kayayie’ reveals an incredible resilience strategy that sustains their livelihood. It grants them limited opportunities for economic subsistence, and their contribution to the social change processes within the informal sector is significant.

The ‘Kayayie’ over the years have diversified their trade through multiple activities. They consistently endure various forms of abuse to survive the city space. It highlights their determination to undertake activities concurrently to earn a living. In their daily struggles for survival in the city, they either invest their accumulated savings in different trading activities or explore their labor as shop assistants, housemaids, and farmers. Their ingenuity in the quest to earn income for survival and other reasons serves as a push factor for other vulnerable youth to migrate into the cities (ibid). Observed, in their origin communities, where poverty is endemic, it’s a common tradition that parents, particularly mothers, provide their daughters with marital accessories such as cooking utensils and clothing during their marriage. These, among other reasons, also influence young women and girls to migrate to the city to engage as ‘Kayayie.’

Notably, some ‘Kayayie’ practice the trade as a transient occupation to raise capital to pursue their ambition of furthering their education, acquiring employable skills, or in family emergencies. These groups work hard to gain important capital assets to help them transition into gaining a profession through apprenticeships (Opare, 2003). Haven achieved their goal privileged them to gain the freedom to make social and economic choices that improve their living conditions. They decide what to do for a living and negotiate their social status in the community. Such as whom to marry, as a life decision that improves their situations and livelihoods in society (ibid).

The functional role of ‘Kayayie’ in the informal sector provides a clue to what this sector can offer the Ghanaian economy; innovation, creativity, inclusion, and resilience. Given the needed support, the informal sector could harness the potentials of the youthful population to reduce unemployment and address the structural inequalities that are crippling the national economy. 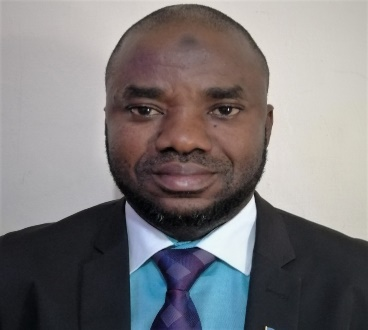 Ibrahim Wallee is a Development Communicator, Sustainable Development Advocate, Conflict Resolution and Peace-building specialist is the Executive Director of CR-Network Ghana and the Director of Projects for Center for Youth and LiteracyDevelopment (CYLiD), non-governmental organizations (NGOs) based in Accra and Kumasi respectively.