For the past 30 years, everyone assumed that developed and developing economies were converging, with higher growth rates in Africa and elsewhere helping those countries to catch up. But African economies are now growing at only half the average global rate. Divergence is becoming the new order of the day. And with growing fiscal pressures, increasing debt, mounting inflation, rising interest rates, and supply-chain disruptions creating new barriers to growth, it is almost certain to get worse in 2022.

This outcome is not inevitable, but the only way to reverse it is to extend the benefits of vaccination and other medical protections from the Global North to the Global South. As we write, only 8.5% of African adults have received one dose of COVID-19 vaccine. Of the 6.9 billion doses that had been administered globally by mid-October 2021, only 176 million (just 2.5%) were in Africa. Under 1% of the population in a dozen African countries has been vaccinated, and the rate for the continent as a whole is just 5%, compared to 62% in high-income countries.

Worse, the Access to COVID-19 Tools Accelerator (ACT-A) projects that there will be 200 million more COVID-19 cases in the coming year, three-quarters of which will be in low- and middle-income countries. Without vaccination, these infections could cause another five million deaths in the next year (exceeding the 4.9 million recorded deaths from the virus so far). Africa could become the pandemic’s long-term epicenter.

At their summit in June, G7 leaders committed to vaccinate the entire world by the end of 2022, promising Africa hundreds of millions of doses. But, because the event was run in the manner of a charity fundraiser (with each country simply offering to donate what it could), no operational plan or timetable was established.

As a result, the COVID-19 Vaccine Global Access (COVAX) facility, the international bulk-purchasing agency that had initially hoped to allocate two billion vaccines by this December, was forced to cut its delivery projections to 1.4 billion. So far, it has only had enough supplies to release 406 million doses to 144 countries, with 326 million going to the 91 poorest countries. The world thus fell far short (by 200 million doses) of its goal to vaccinate at least 10% of the population in every country by the end of last month. In Africa, 39 of 54 countries missed the target.

More donations were announced at a vaccines summit hosted by US President Joe Biden in September, where some progress was made toward setting a new hard target: vaccinating 40% of adults in every country by the end of this year. But, again, there was no agreement on a timetable or delivery plan, and the richest countries’ donations have yet to match their pledges. As a result, COVAX needs 500 million more doses by this December – and five billion more next year to achieve the overall global target of 70% vaccination coverage.

Aware that these promises are not being met, African leaders have taken decisive action. The African Union has formed the African Vaccine Acquisition Trust (AVAT) to coordinate its vaccine-distribution effort, and with a deal to purchase 400 million single-shot vaccines from Johnson & Johnson, shipments have been underway since August (to be completed in September 2022). Moreover, a purchase agreement with Moderna this month should provide another 100 million doses, with 50 million arriving in three batches between December 2021 and February 2022.

Owing to its own efforts, Africa will be able to vaccinate up to 100 million people by the end of this year. It has secured enough future supply to vaccinate 35% of its population in 2022 – half the 70% target set by the World Health Organization. The problem it has yet to overcome lies with Western donors, whose unfulfilled promises have left a large shortfall.

No one now doubts that, in the long run, Africa will need to create its own manufacturing capacity, just as it is now creating its own medicines agency. When it does, it will need technology-transfer licensing agreements and patent waivers.

This is where the G20 comes in. While the International Monetary Fund, the World Bank, and the World Trade Organization are doing their best to coordinate vaccine efforts with the WHO and others, they do not control the flow of vaccines. The real power lies with the leaders of large, wealthy countries that have more vaccine doses than they need. It is they who could decide today to airlift millions of unused doses to where they are most needed, or to redirect their delivery contracts to COVAX.

There is a way forward. The four largest Western G20 members – the European Union, the United States, the United Kingdom, and Canada – currently have 240 million unused doses. They should agree to airlift these supplies, and they should ask other G20 members to join them in contributing unused doses and switching delivery contracts to COVAX.

Africa will suffer most in a world that remains unprepared for future crises. That is why we need a Global Pandemic Preparedness Board of global health and finance ministers, as proposed by WTO Director-General Ngozi Okonjo-Iweala, Singapore Senior Minister Tharman Shanmugaratnam, and former US Secretary of the Treasury Lawrence H. Summers, with the support of a WHO commission led by former Italian Prime Minister Mario Monti. Through such a body, $10 billion could be mobilized every year to build the infrastructure needed to prevent a repeat of the COVID-19 crisis.

While African, Asian, and Latin American countries with inadequate health infrastructure would stand to gain most directly from such investments, the benefits ultimately would redound to the entire world. The situation today calls for an extraordinary humanitarian effort. Additional resources must be made available to ACT-A and the 91 low-income countries that are hard-pressed to build the medical capacity they need. The alternative is unthinkable. A dangerous health-care divergence in a fractured world means more disease, more dangerous mutations of existing viruses, and more threats to everyone.

Gordon Brown, former prime minister and chancellor of the exchequer of the United Kingdom, is United Nations Special Envoy for Global Education and Chair of the International Commission on Financing Global Education Opportunity. 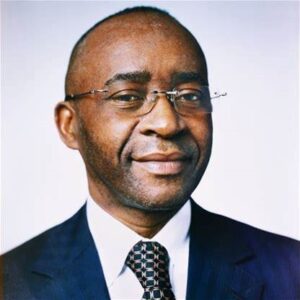 London-based Zimbabwean billionaire businessman and philanthropist. He is the founder and Executive Chairman of the International Technology Group Econet Global.