The government has picked horticulture as one of the first beneficiaries of part of Zimbabwe’s allocation of US$960 million of IMF money. This has sent a strong signal of how much potential government sees in horticulture.

The question now is whether the funding will be structured well enough to realise that potential, or whether it will go to waste as has been the case with other government-led farm lending.

Finance Minister Mthuli Ncube had said that growers of crops that earn forex would be among the first in line to get the IMF money.

“These (crops) tend to be export crops with a decent return on investment. Profits can then be used to repay debts and further invest in the most advanced techniques and technologies,” Ncube said in September.

Sure enough, the very first allocation announced by the government was to horticulture.

Cabinet has announced a US$30 million Horticulture Export Revolving Fund financed by part of that IMF money.

“In the agriculture productive sector, priority has been placed on horticulture and irrigation development,” Cabinet said in a statement.

We had already seen this growing pitch for horticulture. In May last year, the government issued a Z$18 billion COVID-19 support package for local businesses.

One of the first beneficiaries of this facility was, again, horticulture. The government guaranteed US$750 000 of a CBZ loan to Luxaflor Roses, the country’s biggest rose producer.

Why is government targeting horticulture?

The potential of the industry is in the numbers.

Zimbabwe today exports just about US$3 million annually, mostly to the Netherlands. This sounds impressive, but not until you see where we have been before. At peak, Zimbabwe exported flowers alone worth US$67 million to Europe in 2001, according to TradeMap data.

In total, horticulture exports peaked above US$130 million, according to Reserve Bank of Zimbabwe governor John Mangudya. “It fell to its lowest ebb in 2009 to around US$20 million,” he says. Exports are now around US$77 million.

Agriculture Deputy Minister Vangelis Haritatos has ambitions of growing the industry into a US$300 million business by 2030.

There is already some recovery already, according to industry officials.

For the first half of 2021, Zimbabwe’s total horticulture exports grew by 6.5% to US$34 million, according to trade promotion agency ZimTrade. This was the outcome of government incentives, better rains and the reopening of markets that had been shut down by COVID-19, as well as support from development partners, mainly from the EU.

The aim is a 30% annual growth rate in the horticultural sector by 2030, according to Stanley Heri, chair of the Horticulture Development Council, the association of growers. How Zimbabwe structures its horticulture now is key, he says.

He says: “In my view, Zimbabwe is a sleeping giant, taking into account what’s happening in Ethiopia and Kenya where 70% of fresh produce is produced by the small-scale sector through the hub-and-spokes model.”

What is this hub-and-spokes model? Like the name suggests, it is like a car wheel, with a centre hub and spokes fanning out. In farming, this would mean having farmers working in an ecosystem where they have all they need to thrive; from financing, cold-chain infrastructure such as packhouses, and a route to market.

In terms of financing, growers do not want just random money. It must be structured to meet the unique demands of each cluster of producers.

The government claims that the new Horticulture Export Revolving Fund will “help address the major challenge of unavailability and lack of access to appropriately structured financing for short to long-term expenditures”. This remains to be seen.

What is government doing to make this latest funding facility better?

Beneficiaries will have to apply to their banks to access the money. A joint committee made up of industry players, banks and government will do periodic reviews of how the fund is working. There will be records on the payouts and any non-performing loans. There will be spot visits to beneficiaries.

This evaluation will involve checking on volumes and value of exports, market intelligence; the number of new projects started; jobs created; and the number of smallholder farmers engaging in horticulture exports by gender.

There is no shortage of interest in the sector’s potential from new investors.

In September, InspiraFarms, a European company that designs and supplies cold-rooms and packhouses, set up its regional office in Zimbabwe, looking to take advantage of the growth in Zimbabwean horticulture.

This is the sort of investment the new revolving fund must target even more, given that Zimbabwean producers lose up to 40% of their produce to post-harvest losses.

A Dutch company, Tuinbouw Zonder Grenzen B.V., is investing into Claremont Orchards, owned by Ariston, one of Zimbabwe’s biggest agro-exporters. Meikles has pivoted into agriculture, investing significant capital into expanding its estates.

What about markets? Cabinet admits that “farmers have hitherto been disadvantaged by lack of markets”. Government aims to use the new fund to “capacitate” ZimTrade and the Agricultural Marketing Authority to “enable them to open up verifiable markets”. There are no details yet on how this will be done, above what the two entities are already doing.

The good news is that Dubai’s Ali Gholami, one of the biggest fruit and vegetable distributors in the Gulf, plans to increase its intake of Zimbabwean produce ten-fold over the next two years. That demand has to be met.

By making the horticulture revolving fund its first beneficiary of the IMF money, the government is sending a signal on its view of the industry’s potential. However, the fund must be better structured than existing government funding systems.

There is a good chance here to revive a key industry. Now, the task is to make sure the fund is well targeted, and transparent, so as to not let this chance go to waste. 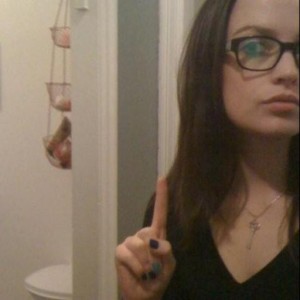