The world is in dire need of ways to improve food production and productivity to match the urgent and increased demand for food from a growing global population in the face of ongoing and widespread adverse threats and impacts of climate change.

It appears that the greater part of the answer to the global food challenge, may unequivocally lie in Internet of Things (IoT) driven technological innovation, which form the bulk of new innovations that are transforming modern commercial agriculture around the world.

The most promising and productive new innovations cited around the world include indoor vertical farms, farm automation, blockchain, remote sensors, genetic engineering and drones, almost all of which are IoT driven technology and promise to be the future of commercial and modern agricultural systems. This article will explore these highly promising innovations, highlighting how they solve existing food production challenges and why they are the future of agricultural production systems.

One of the major challenges facing the agricultural sector is the shortage of agricultural land, especially in urban areas. An exceptionally creative method of farming that has evolved over the years and is increasingly becoming popular in many countries is indoor vertical farming. In these farms, crops, usually vegetables, are grown in vertically layered stacks along building walls forming tower like structures.

The vertical field set up of these farms maximises the land available, producing more food per square metre compared to farming in a traditional flat lying field. The internal environments of these farms including light, temperature, moisture, and nutrient levels are also tailor-made to suit the crops being grown, being heavily-technified, and employing hydroponic, aeroponic or hydroponic production systems instead of the traditional soil medium.

The ability to control the crop environment and growing conditions gives indoor farming the competitive edge to grow high quality crops that meet client’s specific demands, escape natural-weather related challenges, and facilitates the produce of crops all year round, allowing farmers to meet the demands of commercial buyers. With only a few major downsides such as being limited to vegetable production and the need for a vertical structure like a wall to support the vertical field layers, indoor vertical farming offers immense benefits to vegetable farmers to maximise resource use, increase their yields and income, control nutrient and chemical use, and meet all year round crop demands to meet commercial market demands. In addition, this technique has the potential to harness new and young farmers based in urban areas, who often experience challenges in access to land and markets.

Although indoor vertical farming offers a sound solution to vegetable farming challenges, outdoor farming of crops and livestock, which faces numerous risks and uncertainties arising from weather, pest, disease and soil conditions, remain an integral part of agricultural production. Unlike in indoor farming, the outdoor farming growing environment cannot be controlled, hence, monitoring crop, livestock and field conditions is a fundamental daily activity, especially given the exposure of the enterprises to multiple risks and uncertainties.

It is precisely in this monitoring role, that the agricultural drone has become the centre of modern farming, being highly rated for its ability to gather large amounts of information in a short space of time. In crop farming for example, drones gather information on the crop, environmental and growing conditions, which is essential for making sound management decisions and for predicting crop losses and yields. Information on plant features such as biomass and height are used to monitor plant growth, while information on soil conditions such as nutrient levels and moisture content, presence of weeds and pests, and environmental conditions such as temperature, humidity, and wind helps the farmer take early, targeted, and accurate corrective measures in regarding crop health, irrigation, pest, and disease control.

Apart from gathering data, agricultural drones have replaced human labour in the process of chemical application on crop fields. Using drones is faster, more efficient, and safer as it reduces the harmful effects to human labour.

It is not difficult to appreciate why drones have become such an integral part of modern farming. Being able to see beyond what the naked eye of a farmer can see, and to travel the breadth of a farm in a short space of time, drones become the quick, accurate eye of the farmer, providing much needed information to ensure that the farming enterprise is progressing as expecting and to spot any irregularities early. With drones, farmers are therefore able to monitor their farms more closely and easily and to make early, more informed and effective decisions, hence increasing yields, minimising the spread of pests and diseases, reducing losses and increasing incomes.

The farming industry has for some time been gripped by labour shortages, and yet another IoT based innovation, farm automation offers a profound solution to this challenge and many substantial additional benefits. The benefits of simple farm mechanisation are already widely known and appreciated, including making the farming process easier, increasing farm productivity and efficiency, and saving time. Technological advancements have taken mechanisation a step further by introducing automated farming equipment, in which farming equipment is programmed to perform specific functions autonomously, without the need of a human driver. This automated farming equipment is designed to perform easy, routine farming tasks in crop and livestock production cycles.

A wide range of new technologies covering a wide spectrum of farming operations such as self-driven tractors, seeding robots, robotic harvesters, milking robots, and automatic watering robots work, being programmed to do specific function have been developed.

The need for up-to-date, and accurate information on crop, livestock and fields has led to the development of many innovations, one of which is the remote sensor. Remote sensors are instruments that gather information about farms over time from a distance.

Sensors can either be on the ground sensors, as free-standing, handheld sensors or mounted on farm equipment such as tractors and combine harvesters, or aerial sensors which are attached to aeroplanes or satellite sensors; all performing the essential function of gathering information on the field, crop, livestock, and environmental conditions.

In crop production, sensors are used to gather information such as plant health, and detecting crop stress, loss,  pest and weed infestation, thus providing farmers with a crop, pest and disease monitoring system and with accurate, unbiased information to use in decision making. In livestock production, sensors are often fitted on the animal, collecting information on the animal condition, making sensors an invaluable monitoring and early warning system used to detect any challenges of the animal early and accurately, making livestock management easier, and more effective and productive.

Though not a new practise, and highly controversial, genetic engineering is a biotechnological advancement has great potential in stimulating agricultural productivity in both crops and livestock management to great heights.

Instead of using the traditional method of cross-breeding between two similar species to pass on desired traits to the next generation, genetic engineering can involve isolating and transferring specific genes for desired traits, from one to another, creating what is known as Genetically Modified Organisms (GMOs). The world of genetic engineering presents many opportunities to solve the world’s current problems to meet the world’s increasing demand for food, for food with specific characteristics, and crops and livestock that are more suited to their external environment.

Some remarkable advances have already been made in this industry, including the selection of traits such as higher yields, herbicide tolerance, higher growth rates, greater drought, pest, and disease resistance. Consequently, farmers using GMOs get higher yields and incomes, while using less chemicals and herbicides and labour to monitor crops and are more adapted to climate-change.

However, this technology does not come without its own challenges, with scientists warning that the genetic alteration procedures may have negative unintended health consequences which may render the technique more problematic than is currently thought.

The database enables a producer or any other concerned party to track the movement of their produce, through different hands until it gets to the consumer. In the same way, a consumer or any concerned party can also trace back produce to the producer including all intermediaries throughout the supply chain.

This type of technology can have immense benefits for the agricultural supply chain as whole, by improving transparency, quality control and food safety, and providing accurate information about the origins and the processes involved in making a specific product being sold. Blockchain technology, although still new in the agricultural industry, has the potential to grow and change the way that agricultural business is conducted across the world.

The IoT world is growing, and its influence in the agriculture is being felt strongly as it seems to be spearheading agricultural technological development on modern farms, offering solutions to some of the most severe challenges that have been crippling the farming sector.

From drones and remote sensors that provide a data gathering service and drones that make chemical application easier, automated farming that reduces the need for farm labour, and many others, the current agricultural technological revolution has made massive strides in improving agricultural production and efficiency. The new technologies provide sustainable and practical solutions for producers to meet food needs in the face of ongoing climate change and other uncertainties, agricultural risks, and challenges.

Bearing in mind that the innovations are not perfect and may have some disadvantages, there is always room for improvement and fine tuning to ensure that producers all over the world gain access to these new innovations. 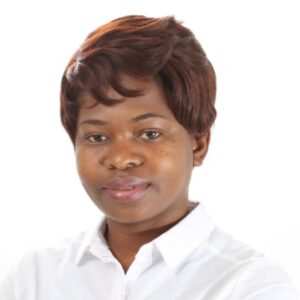